Amazon Prime Day – What You Can Expect

Everyone knows about Amazon, the world’s biggest online marketplace, and one of the biggest companies in the world. Starting as a book delivery service out of a garage in 1994, it was sprung into a trillion-dollar company and is on par with tech supergiants Apple, Microsoft, and Google.

Amazon is known for being the go-to place for almost anything that shoppers want to buy. With a simple search on the website, you are bombarded with endless options to choose from to have the item promptly shipped to your door. One of the many benefits of Amazon is its subscription-based service, Amazon Prime.

Amazon Prime is a paid subscription service that offers its users additional benefits over regular Amazon users.  The most well-known benefits of the service — which has over 150 million subscribers — include free one or two-day shipping on most items as well as access to streaming music as well as TV and movies.

One of the extra features that come with being a Prime member is an event that only happens once per year. One that many people don’t even know about — Prime Day.

What is Amazon Prime Day?

As a bonus to Amazon Prime members, the tech supergiant came up with the idea of hosting Prime Day starting on July 15, 2015 — the day that started it all 20 years ago. For 24 hours, Amazon Prime members had access to exclusive deals on a huge selection of products all over the site. Prime subscribers from all over the world including the U.S., Canada, U.K., Spain, Japan, Germany, and more joined in to take advantage of the deals.

Over the 24-hour event, Amazon Prime subscribers ordered nearly 35 million products which allowed for it to be the biggest single day in company history. Regular Amazon users didn’t have access to these same deals, causing an influx of subscribers in the following years who wanted to have access to the great deals next time they came along.

When the first Prime Day occurred in 2015, it estimated that there were about 40 million Prime users worldwide. As alluded to earlier, Prime now boasts an impressive 150 million subscriber base. That’s an increase of over 250% in under five years since the first Prime Day launched — not a half-decade for the online retailer!

Due to the massive success that was the first Prime Day, Amazon has decided to make it a yearly tradition and even expand the duration of the sale. Since the inaugural event, the duration went from 24 hours to 30 hours in 2017, to 36 hours in 2018, and most recently Prime Day became a two-day event with a 48-hour sale in 2019.

To sum it all up, Amazon Prime Day is one of the biggest only shopping days of the year, with sales that aren’t too far away from Black Friday and Cyber Monday deals every year. The event offers Prime users — and only Prime users — access to amazing deals all over the site, so be sure to lock in your Prime subscription before the next Prime Day!

When is Prime Day?

As you likely picked up during the Prime Day history lesson you just read through, Amazon’s Prime Day is typically held in July, usually on July 15 or around there. This is done to commemorate the start of the company in July a couple of decades ago. Although this has been the case all four times that Amazon has hosted the event since 2015, this year Prime Day 2020 may very well be a little bit different.

Due to the pandemic that’s been spreading all over the world since late 2019, it has been rumored that Amazon Prime Day will be postponed until the fall instead of its normal July occurrence. Amazon hasn’t officially announced the date yet, but it’s widely expected to happen sometime in September instead of in July.

This is likely due to the financial hardships felt worldwide and it will benefit everyone — including Amazon — to postpone it a bit and let everyone that needs get back on their feet have a little extra time. In addition to this, many competitors of Amazon have been trying to offer summer deals of their own during July in an attempt to undercut Amazon’s market dominance and get a piece of the pie.

By postponing until later in the year, Amazon is forcing other retailers to either change their summer sales as well or letting their competitors tap into the summer market. If their competitors still hold their usual summer sales, Amazon will have a hold on the market come fall and be able to potentially get even bigger sales numbers than they would expect from the event being in July.

Prime Day Deals and What You Can Expect

Now onto the really important stuff — the deals! The entire reason that Prime subscribers look forward to Prime Day year after year is for the deals that they can get on products all over the site. While the official deals for the year haven’t been announced by Amazon — sorry to all you early planners out there — we can take a look at years past to see some of the kinds of deals that shoppers were privy to on the retail holiday.

Considering it’s an event hosted by Amazon for Amazon Prime users, and it’s even called Amazon Prime Day, you can probably guess what the best deals are usually centered on — Amazon products! Don’t think that you won’t have access to a slew of other great deals during the event, but Prime Day has historically been the single best day of the year to buy any of your favorite Amazon products.

Just to get an idea of some of the Amazon products that have been offered at a great discount in past years, shoppers were able to get deals such as:

This list doesn’t even scratch the surface of everything from Amazon that’s on sale, but it gives you an idea. Outside of Amazon’s own products, they offer all sorts of great deals on other products. Just like these deals from past events:

Again, this isn’t an exhaustive list but it gives you an idea of the types of deals you might find during Prime Day 2020. If you’re ever looking for any new tech for yourself or someone special, this is one of the best days of the year to get it!

How You Can Participate in Prime Day

All you need to do to be invited to participate in Prime Day is to be a Prime user, that’s it! As a Prime user, during the Prime event — whenever that may be and for however many hours Amazon deems fit — you’ll have access to all of these amazing deals just by browsing the site. You don’t need to sign up for the event or anything like that, just sign in to your Amazon Prime account and get shopping!

Participating in Prime Day offers you more than just the great deals that you’ll love, you also get access to an exclusive Prime member-only live-streamed concert. Amazon has been kicking off Prime Day in recent years by hosting a live virtual concert with some of the biggest names in music, including Ariana Grande, Alessia Cara, Taylor Swift, and more.

So not only do you get great deals, but you also get a free, exclusive concert to boot!

Get Ready For Amazon Prime Day 2020

All there is left to do at this point is to pay attention to Amazon to see when they announce more information about Prime Day 2020 and make sure you participate. The biggest thing you need to do is make sure you’re an Amazon Prime member if you plan on taking part in the next Prime Day.

Prime is a subscription-based service, but Amazon offers new users a 30-day free trial to see if they like it before charging the subscription fee. This gives you the chance to experience all the great benefits of Prime without spending a dime. So be sure you give it a shot and get signed up for Prime so you don’t miss some of the best deals of the year!

We know you love special deals 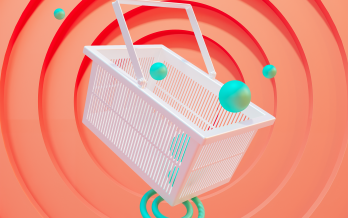 Save
What is Kohl’s Most Valued Customer (MVC) and How do I Become One?
Emma Johnson
Save
How to Save Money During a Pandemic
Emma Johnson

We know you love special deals
Get our free weekly offers, promos, deals and sale alerts direct to your inbox.

Thank you!
Check your inbox to confirm

You're on your way to huge savings!