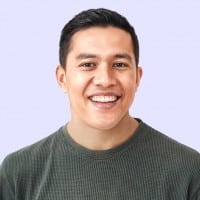 Say you are shopping around for a new stereo and find the perfect model. The problem is, you don’t have the liquid cash on hand to make the purchase. While you definitely can afford it, you just don’t have the funds at this exact moment—maybe you are waiting for your most recent paycheck to clear or deposit to hit.

Here is an example of how this works: Say you want to buy a new stereo system that costs $500. Instead of paying $500 straight up, you can buy the stereo now using a buy now pay later service and make the same total payment over 4 monthly installments of $125, for example. This structure is both good for consumers and businesses as consumers have access to funds and companies have a way to make sales without relying on their own payment installment plans. It also allows businesses to avoid negative customer interaction in the context of payment collections.

Buy now pay later services and apps can be extremely useful if used properly We have picked out some of the best buy now pay later apps out there today and talk about their pros and cons.

Klarna is one of the largest banks in Europe and offers its services to some 80 million customers across 17 different countries. Thousands of businesses participate with Klarna’s buy now pay later services and select users get access to no interest or fees. Klarna even allows a consumer to purchase an item and return it if they are not satisfied.

Klarna offers 2 major payment structures: slice it and pay later. The slice it option allows users to split a single payment into 4 installments paid over a period of 6 weeks. Payments are automatically deducted from a person’s bank account at regular intervals.  The pay later option allows consumers to defer the total payment and receive an invoice 30 days later.

Klarna also offers zero-interest financing for select users that qualify. If you do not qualify, then interest rates can range anywhere between 0.99%-19.99%, depending on your credit score. Klarna will perform a soft credit check on anyone who selects to defer payments until later so they can gauge your trustworthiness. No matter which payment plan you pick, Klarna will add a $10 penalty for any late payments.

Klarna has a mobile app where you can make payments and manage your account. The pap has a lot of nice security features such as Face ID, Touch ID, and  PIN so you can prevent unauthorized access to your accounts. Klarna even offers a protection plan in case you lose your mobile. They also offer 24/7 customer support via phone, chat, and email.

Afterpay is a buy now pay later service that says it makes it “easier to get what you want, when you want it.” Like Klarna, Afterpay allow consumers to split a large single purchase up into 4 small installments that are made over a period of 8 weeks. Afterpay has over 12,000 participating merchants on its platform and their available products range from health and fitness goods to clothing, jewelry, and hobby crafts.

One unique feature of Afterpay is instant approval. Many other apps have a waiting period before approving purchases. Afterpay will approve your payments immediately and ship your order as usual. Keep in mind that Afterpay makes the decisions on a per-product basis, not on your general financial standing. That means you may get denied for certain purchases.

Afterpay does not charge interest on their payment plans, but they have some pretty harsh late penalties and fees. Every missed installment incurs a $10 fee and another $7 will be charged if you don’t make up that payment within a week. These fees can rack up to almost half of the entire purchase amount. Afterpay also reports missed payments to credit agencies but doesn’t report positive behavior, so it’s at best credit-neutral.

When you make a payment with Payright, the app checks your financial credentials and draws up a payment plan with the size and frequency of repayments.  After paying an initial deposit, the plan covers the rest. The exact deposit depends on the specific product and merchant, and you can make a larger down payment if you want.
Applying to Payright is like applying for a credit card. You have to be at least 18 years old, must be an Australian resident, and be employed on a full time basis. Payright claims it is committed to responsible lending so they require an extensive background check. Payright may also contact your employer.

Openpay is another buy now pay later service available in Australia and New Zealand. Like Payright, Openpay has selections for higher value items like automotive, home improvements, and medical care, but it also offers a wide catalog of retail goods. Openpay has partnerships with over 1000 merchants.

Openpay works on a simple repayment schedule. Payments are split into installments that are paid every 2 weeks. Repayments are conveniently automatically taken out of your account when the date comes around. All Openpay payments plans are interest-free and it only takes a few minutes to sign up for the service.  Openpay also offers flexible payment schedules and the option to split payments into smaller installments.

Last on our list is Quadpay. Quadpay allows consumers to split purchases into 4 payments to be paid every 2 weeks. Quadpay allows users to connect credit cards to their accounts and can seek approval from any online retailer that takes Visa payments. Consumers have to make the first installment payment up front and the next three installments over 6 weeks. There are no interest charges on purchases and users can opt to change their payment plan details if they want to pay off their remainder earlier.

Users can have up to three orders on Quadpay at once. In special circumstances, they may allow extensions on payment plans, but you will have to contact customer support. Purchases are approved on a per-purchase basis. Quadpay does report missed and late payments to credit agencies, so it’s in your best interest to make sure payments on time.

Buy now pay later apps can be a lifesaver if you need to make an important purchase but currently lack the funds. While there is the potential for spiraling consumer debt, when used properly, buy now pay later services and apps can be a wise way to manage finances and handle large purchases.

We know you love special deals 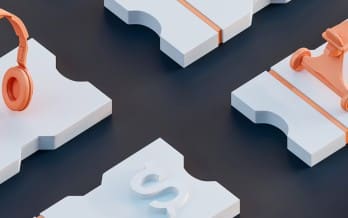 Top
Top 5 Secret eBay Tips to Getting the Best Bargain 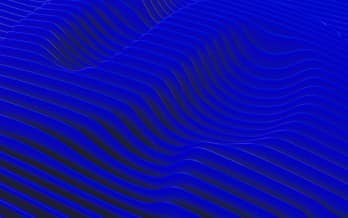 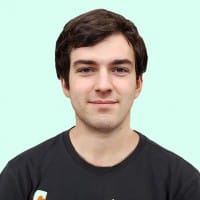 We know you love special deals
Get our free weekly offers, promos, deals and sale alerts direct to your inbox.

Thank you!
Check your inbox to confirm

You're on your way to huge savings!